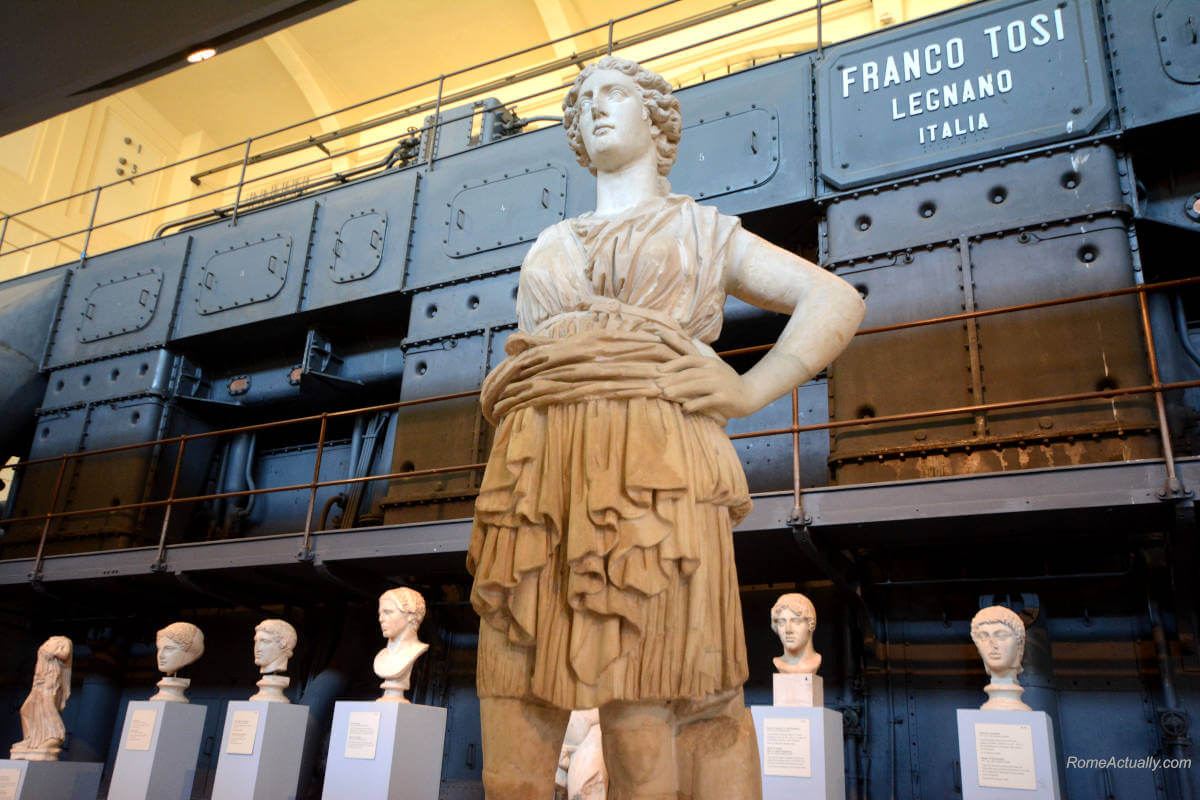 One of my favorite Rome neighborhoods, there are so many things to do in Ostiense that you can easily spend here a whole day. Located between Testaccio and Garbatella quarters, in Rome’s Ostiense district you are bound to find history, art, and great restaurants.

Even though a fascinating neighborhood, Ostiense is hardly in a guided itinerary and definitely not in a classic one. You would probably not visit it if you are in the city for a day or two, but I recommend heading here if you are to explore Rome in a week.

What To Do In Rome Ostiense Neighborhood

Despite its importance in Christendom, St. Paul Outside the Walls Basilica is a little-visited church in Rome. My guess is that the reason is that it’s far from the city center and from the most classic landmarks.

So if you only have one day in Rome, I understand it’s pretty hard to squeeze this too into your bucket list. But if you can stay longer, this important basilica is one of the top churches to visit in Rome for its history, for being where St. Paul was martyred and now its resting place.

One of the first things to do in Ostiense is to explore its recent, yet bygone industrial past. There is actually more than one gasometer, even though you will first see the main one as it is very tall and stands out among the others.

However, it’s pretty well connected with the local public transport, so if you have even three days in Rome, you can try to make a quick visit.

In the very heart of the Ostiense district, you will spot the Gasometer pretty quickly when you approach Via Ostiense and Via del Commercio from San Paolo Basilica. Built in 1936, it’s only one of the contemporary historical vestiges of Rome’s quarter symbol of modernity, productivity, and creativity.

Not only the gasometer but also Magazzini Generali, the buildings of factories and military stations, make seeing the vestiges of Rome’s industrial archaeology one of the very best things to do in Ostiense.

Centrale Montemartini is the only place that was turned into a museum, while the others are mainly closed and can be viewed from outside. The gasometer is sometimes used as a venue for live concerts. The whole neighborhood is a fascinating open-air museum displaying the relics of Rome’s recent past and the results of the urban planning of 1909 that created Ostiense as the production and industry district in south Rome.

Centrale Montemartini was the main power plant in Rome producing electricity and is now an archaeology museum. If you are exploring Ostiense, don’t miss it as it is a fascinating display of 20th-century factory machinery and Roman and Greek statues from the Capitoline Museums.

The museum is divided into different rooms and areas, each with different machines and different classic sculptures. In one of the areas, you can even see a large piece of the mosaics forming the floor of the Horti Sallustiani, one of ancient Rome’s largest parks and now one of Rome’s hidden gems. This is one of my favorite things to do in Ostiense, I never miss bringing my friends who come to visit.

The old buildings belonging to Rome’s industrial past, buildings of factories, former barracks and historic stores and warehouses have been spruced up with a project by several Italian and international street artists.

Ostiense District is an initiative that aims at giving some color and contemporary creativity to a working-class neighborhood that has always been the expression of modernity in Rome since its creation in 1909. Stroll around the district to see the beautiful works of Ostiense street art.

The overpass connecting the Ostiense and Garbatella districts has a very modern and futuristic shape. From afar it looks like a cobra, and both day and night it’s a fantastic subject for photography fans.

The bridge, inaugurated in 2012 after 3 years of construction, has been named after Settimia Spizzichino, the only woman who survived the Nazi raid on the Jewish quarter in 1943 and Auschwitz concentration camp.

Make sure you read our post on the most impressive and famous bridges in Rome.

Both Ostiense and Garbatella are working-class neighborhoods, but the latter probably retained more of its origins and traditional spirit. This neighborhood was created in the 1920s when Italy was ruled by Mussolini and was meant to be the district where the lodgings of the workers employed in several Ostiense factories, companies, markets, and warehouses were located.

The design of the Garbatella Lots was inspired by British urban planning and still today they retain their original charm of traditional working-class dwellings. And in line with tradition, here you can also find lovely restaurants for a hearty Roman meal such as Tanto Pe’ Magna’ (Via Giustino de Jacobis 9), Osteria dei Pazzi (Via Enrico Cravero 22/24), Trattoria Dar Moschino (Piazza Benedetto Brin 5) and Il Ristoro degli Angeli (Via Luigi Orlando 2), great in the nice season when they put their tables outside.

Whether you are looking for new trends or traditions, Ostiense has you covered. If you are in Rome for only two days and are venturing out of the city center or you have booked your hotel in Ostiense, you might want to try some traditional Roman dishes.

Among the many restaurants in the Ostiense neighborhood, I suggest the lovely Trattoria Pennestri (Via Giovanni da Empoli 5). It’s fairly new on the scene and while you can order local dishes made according to tradition like carbonara or amatriciana, you will also find Italian dishes prepared with a contemporary twist and the personal creativity of the chef.

We tried many of their dishes, and both those inspired by the tradition and the original chef’s creations were a pleasant experience.

It might not be the best gelato place in Rome, but Gelateria La Romana in Via Ostiense will make for a pleasant stop within your Ostiense sightseeing, especially if it’s summer and hot.

La Romana gelateria is located very close to Via del Porto Fluviale, so great if you are chasing the local street art as well as exploring the city’s industrial history.