Ancient Rome around every corner of the modern city A while ago I joined a fascinating tour in the footsteps of the notoriously famous Borgia family, starting from pope Alexander VI and his lovers Vannozza Cattanei, with whom he had all his children, and the beautiful and young Giulia Farnese once he sent Vannozza to be retired, and strolling around the known and lesser known areas of the city center, our guide made us notice something I had never paid attention to, the semi-hidden relics of ancient Rome’s imperial times in neighborhoods such as Trastevere, better known for its Medieval/Renaissance era and from when it was a working-class district, more recently, mainly under the rule of the Vatican. Usually, when it comes to imperial times we are immediately led to think about the Colosseum in Rome city center, or the Roman Forum, as these are the main landmarks to explore and delve into life in the BCs of the Italian capital. However, taking a little walk around Trastevere’s alleys it’s possible to spot pieces belonging to those old times.

Here you can find pillars enclosed to modern palaces which are not just Roman “style”, but they were actually built during old imperial times. Embedded in Renaissance or more modern buildings, originally they were part of the porches (portici), covered passageways flanking the streets, very popular in ancient Rome. The more I dissect the city’s neighborhoods, their history, and their styles, the more I realize that no matter what, the eternal city once again proves to be just that, eternal.

Rome Carnival between history and tradition

Best things to do in Trastevere, Rome

We will be happy to hear your thoughts

Best things to do in Trastevere, Rome 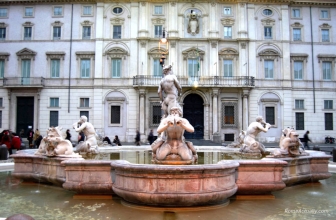 Discover some interesting facts about Piazza Navona to learn what's behind one of Rome's most ... 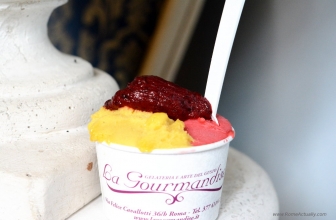 Find where to eat the best gelato in Rome. With 40 places, this is the most up-to-date and ...

Our guide to the best Trastevere restaurants. Discover where to eat in Trastevere in Rome and where ...